Welcome to The Compressed Interview #23. In this edition, I talked to Sebastián Martínez Fernández, a sound designer and music composer based in Argentina. He has an associate degree in Composition: Harmony and Counterpoint and is currently studying Bachelor of Music Composition at ‘Escuela de Música de la Universidad Nacional de Rosario’.

S: For this industry, it’s extremely important to have patience and to be open to experimentation… Without that, you will go mad. It always helped me to plan and have a good organization, especially in the earlier stages of any project. That investment of planning time is a lifesaver that saves extra hours of work from walking around blindly. 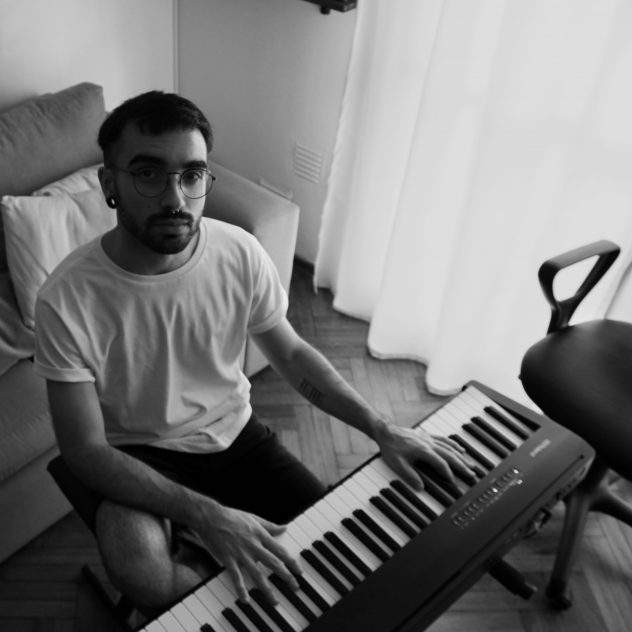 S: I think that with the passing of time I was convinced that this was for me. Since I was little, I was captivated by music, by the guitar and the keyboard, which were the instruments that were in my parent’s house. When I was 8 years old, I started studying piano at the conservatory in my city, but that didn’t last long. Then, I returned when I was 12, and with a perspective oriented to the music I was listening to at that time. I began experimenting with composition in typical teenage bands. When I finished high school, I went to study piano at Universidad Nacional de Rosario and I ended up changing to a degree in Musical Composition; I also formed an instrumental trio, called ‘3223’, with which we did several productions and live performances. As the pandemic progressed, I became fascinated with “asynchronous” foley, sound design, and non-linear music and audio production for video games. Today I’m dedicating a large part of my time to studying and creating game audio.

S: I’m currently part of a Spanish indie video game development studio called Rebel Crew Studio. Which is a group of professionals from different areas of development, with whom, despite the distance, we have managed to generate a very good friendship. Our first game will be a roguelike called ‘Slaughter No Hit’. We will present it on Kickstarter before the end of the year.

Those are my projections for the future. In any case, this doesn’t imply that it I’m not open to other works in game audio, like sound design, composition, or integration into engines through middleware or not.

S: Well, there are several things to keep in mind, especially issues related to techne and poiesis. For example, you need to be clear about what you are composing and the feeling that you want to convey. It’s not the same to compose an ambient or spectral-oriented piece, where the timbral work is the main thing, than to compose pop, where you need a catchy melody and a harmonic work that has the strength to be looped without exhausting the listener. That is why it’s important to be clear about these issues before composing.

Another factor to keep in mind is that, generally, our compositions must be heard by someone else to come to life. Although interpretations are somewhat subjective, we must propose an objective horizon that serves as a starting point to avoid stagnation of pieces, something that has happened to me a lot of times, and I’m sure that a lot composers have been in this same situation too.

S: Lately I have learned several things that I would have liked to have known before. The most important thing is avoid to do something that you don’t want to do. That’s the worst decision you can make in life, both in a personal and professional sphere. Other things to consider are taking the time to do what brings happiness, creating healthy relationships and spaces, and enjoying creative processes to the fullest.

I hope that you enjoyed this interview as much as I did! And, if you want to learn more about Sebastián and his projects, you can visit his LinkedIn profile, his Instagram, or his Bandcamp.

0 comments on “The Compressed Interview #23: Sebastián Martínez” Add yours →