Today’s guest in the 32nd edition of The Compressed Interview is Jordan Guerette. I met Jordan through the School of Video Game Audio where he is a teaching assistant and started to learn more about his experience in audio. Jordan is a composer, guitarist, and vocalist, and he is currently a Technical Audio Designer for Team Junkfish working on Monstrum 2. Also, last year he scored a Playstation game and a mobile game.

Threshold: Getting Started
Janette:  What skills (either technical or personal) do you think that anyone starting in this industry needs?

Jordan: Video games are an interactive medium and that is what differentiates it from film, television, or listening to a recording, so I think it’s really important for sound designers and composers to have a sense of how audio implementation works. The better understanding a composer or sound designer has of how sound will behave in the game, the more creative and interesting they can be. 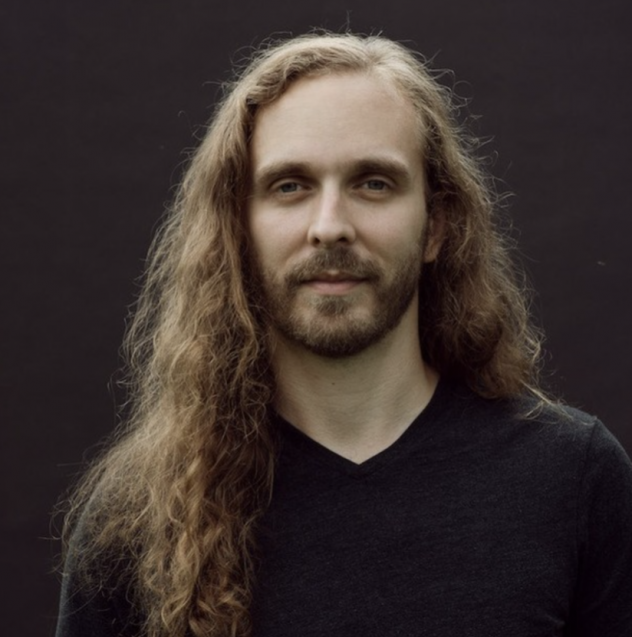 Attack: Things to discuss
Janette: How did you know this was the industry that you wanted to work in?

Jordan: I am a lifelong musician and my very first enduring love was video games. It seemed like a far-off dream for many years to work in the video game industry, but I slowly inched toward it, going to graduate school for music composition and teaching high school French for several years along the way, while I wrote music and made sound effects for game jams and studied with the School of Video Game Audio.

Video games allow audio professionals to merge technical and creative skills in many domains. In one week, we could write music, work in a game engine and with audio middleware, growl into a microphone or record foley in a park, mix and master a composition or direct voice actors. Certainly not all audio positions do these all these different tasks, but my point is that there is a tremendous amount of breadth to what game audio is, and to me that is exciting.

Thankfully, as video games continue to become more popular, it seems like there are positions available for people for those who stick it out long enough through learning the relevant skills and networking until they get a gig.

Release: Talking about the good stuff
Janette: What’s the next step in your career? Any project you are working on?

Jordan: I’m currently working as a Technical Audio Designer for Team Junkfish on Monstrum 2, which is a multiplayer-only 4v1 game in which one person plays as a monster and everyone else plays as prisoners that need to solve a bunch of puzzles in order to escape the monster. The game is currently in Early Access and is very fun and scary, but it will be even more awesome when it officially releases in September. I’ve only been on the project for a few months, but it’s been a blast and a fantastic learning experience so far.

Ratio
Janette: What would you say is the most important thing when performing as a technical audio designer?

Jordan: This has maybe become a cliché, I think the most important thing in this job is the same as working with any creative team – it’s vitally important that you develop strong interpersonal skills. This includes communicating and taking feedback well, having a sense of when to try to figure out something on your own and when to ask questions, and simply being kind and easy to be around. You obviously need to be able to perform your technical and creative duties, and stay organized with your work as well, but having the interpersonal skills to be a good team member is crucial.

The Gain
Janette: What are the biggest life lessons learned in your personal and professional career?

Jordan: I know that I have an immense amount privilege. Beyond that, I have found that perseverance has been the key to accomplishing everything that I have been able to do so far in my game audio and music careers. Just keep showing up. It can just take a while to get where you want to be professionally, but that doesn’t mean that you aren’t going to get there. I also think that practicing gratitude and enjoying where you’re currently at is incredibly important. If you don’t do that, you might get your dream gig and still feel unfilled, because you haven’t learned how to take a moment and appreciate what’s around you right now.

To get to know more about Jordan, you can check out his Bandcamp, his website, his Spotify, or reach him on Instagram.

I hope you enjoyed this interview, and we’ll read each other in a couple of weeks!

0 comments on “The Compressed Interview #32: Jordan Guerette” Add yours →